There is nothing special about this post, but there is considerable magic (albeit personal) in its existence. To put it simply, creating this site is essentially something I decided to try to do myself. This would have been unthinkable for me even six months ago despite the fact that a large part of my life has been spent in and around media. It is only possible because of the amazing people at the UBC Centre for Teaching, Learning and Technology who built the website for my Video Game Law course (http://videogame.law.ubc.ca). Maintaining that site proved so easy and intuitive that it allowed me to at least attempt the initial design work here.

All of which proves how much the tools of creativity have been democratized in the digital world. Which will obviously be a significant point of departure for the course. And of course the gee-shucks of “If I can do this anyone can.” Except in my case it really is true…

Most fun (& frustrating) part – figuring out how to make the opening slideshow work – realizing there wasn’t a slide to announce the course and creating this one by using Sketchbook Pro on my iPad and importing it. 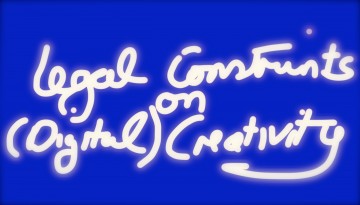 P.S. True to my always revising mantra the slide above was replaced with the slide below, created in MS PowerPoint with digital effects care of iPhoto (long live “inter-op”). 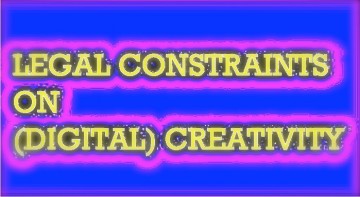