Was incredibly privileged to be part of an amazing and magical team that came together to launch the first “digital” local TV station in North America. It was September of 1997 and the local Vancouver B.C. station was known as VTV. Today several corporate takeovers later it owned by Bell and known as CTV British Columbia.

What is pretty clear just about 16 years later is that even though we thought we knew what “digital” meant, we really didn’t. Digital for many us meant that our first generation digital cameras were so clear that lighting the newsroom properly was unexpectedly difficult (and of course, expensive). It meant that for almost a full year until a 2.0 version of our news editing software was finally made available by the manufacturer we could not do a “fade” to end a produced story.

Although we know about the web and even reported on it nightly (Candis Callison our “web” reporter went on to MIT and is now a Professor in the UBC Graduate School of Journalism http://journalism.ubc.ca/2009/06/10/callison_bio/) we missed the real opportunities and the deeper strategies. ” The domain “google.com” was registered September 15, 1997, while VTV launched with much pomp and circumstance a week later on September 22, 1997. Digital or not, television was a week late to the party even then. 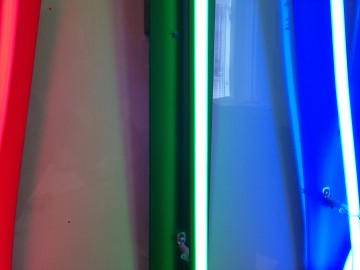